What to eat during Pregnancy 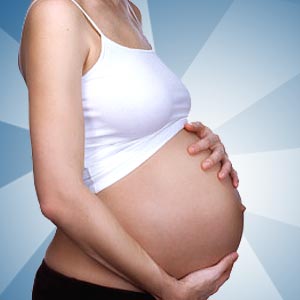 When you're pregnant
During pregnancy you need to make sure that your diet is providing you with enough energy and nutrients for the baby to grow and develop, and for your body to deal with the changes taking place.
What to eat
It's important to try to eat a variety of foods including:
It's also a good idea to cut down on foods such as cakes and biscuits, because these are high in fat and sugar. This can also help you to avoid putting on too much weight during pregnancy. Healthy snacks to have instead include malt loaf; currant buns without icing; sandwiches or pitta bread filled with cottage cheese, chicken or lean ham; low-fat yoghurts; vegetable and bean soups; and fruit including fresh, tinned in juice or dried fruit such as raisins or apricots.
Vitamins and minerals
Folic acid
You should take a daily 400 microgram (mcg) folic acid supplement from the time you stop using contraception until the 12th week of pregnancy. You should also eat foods containing folate - the natural form of folic acid - such as green vegetables and brown rice, fortified bread and breakfast cereals. Folic acid has been shown to reduce the risk of neural tube defects such as spina bifida. If you would like to take your folic acid in a supplement that contains other vitamins, make sure it contains 400mcg folic acid and doesn't contain vitamin A. (See 'What to avoid'.) If you have already had a pregnancy affected by a neural tube defect, ask your GP for advice.
Iron
Pregnant women can become deficient in iron, so make sure you have plenty of iron-rich foods. Try to have some food or drink containing vitamin C, such as fruit or vegetables or a glass of fruit juice, with any iron-rich meals to help your body absorb iron. Tea and coffee can make it harder for our bodies to absorb iron, so cutting down on these drinks at meal times could help to improve iron levels in the body. If the iron level in your blood becomes low, your GP or midwife will advise you to take iron supplements. Good sources of iron include:
Although liver contains a lot of iron, you should avoid eating it while you're pregnant (see 'What to avoid').
Vitamin D

You should take supplements containing 10mcg of vitamin D each day. Vitamin D is found in a small number of foods but we get most of our vitamin D from summer sunlight - if you're out in the sun, remember to take care not to burn! If you are of Asian origin, if you always cover up all your skin when you're outside, or if you rarely get outdoors, you may be particularly short of vitamin D. Ask your GP for more information. If you receive Income Support or Jobseeker's Allowance you're entitled to some free vitamin supplements from maternity and child health clinics.
Vitamin A
You should avoid taking supplements containing vitamin A. Fish liver oil also contains high levels of vitamin A. Having too much vitamin A may harm your unborn baby.
What to avoid
There are certain foods that you should avoid when you're pregnant, because they might make you ill or harm your baby: Some types of cheese Avoid cheeses such as Camembert, Brie or chevre (a type of goats' cheese), or others that have a similar rind. You should also avoid soft blue cheeses. These cheeses are made with mould and they can contain listeria, a type of bacteria that could harm your unborn baby.Pâté Avoid all types of pâté, including vegetable. This is because pate can contain listeria. Raw or partially cooked eggs Avoid eating raw eggs and food containing raw or partially-cooked eggs. Only eat eggs cooked enough for both the white and yolk to be solid. This is to avoid the risk of salmonella, which causes a type of food poisoning.Raw or undercooked meat Make sure you only eat meat that has been well cooked. This is especially important with poultry and products made from minced meat, such as sausages and burgers. Make sure these are cooked until they are steaming hot all the way through and no pink meat is left. Always wash your hands after handling raw meat, and keep it separate from foods that are ready to eat.
This is because raw meat contains bacteria that can cause food poisoning.Liver products and supplements containing vitamin AMake sure you don't have too much vitamin A. This means you should avoid eating liver and liver products such as pâté and avoid taking supplements containing vitamin A or fish liver oils (which contain high levels of vitamin A). You need some vitamin A, but having too much means that levels could build up and may harm your unborn baby. Ask your GP or midwife if you want more information. Some types of fishYou can eat most types of fish when you're pregnant. But there are a few types you should avoid and some others where you should limit the amount you eat. Avoid eating any shark, swordfish and marlin. Limit the amount of tuna you eat to no more than two tuna steaks a week (weighing about 140g cooked or 170g raw) or four medium-size cans of tuna a week (with a drained weight of about 140g per can). This is because of the levels of mercury in these fish. At high levels, mercury can harm a baby's developing nervous system. Have no more than two portions of oily fish a week. Oily fish includes fresh tuna (not canned tuna, which does not count as oily fish), mackerel, sardines and trout. But remember that eating fish is good for your health and the development of your baby, so you should still aim to eat at least two portions of fish a week, including one portion of oily fish.Undercooked ready meals Avoid eating ready meals that are undercooked. Make sure you heat them until they are steaming hot all the way through. Raw shellfish Avoid raw shellfish when you're pregnant. This is because raw shellfish can sometimes contain harmful bacteria and viruses that could cause food poisoning. And food poisoning can be particularly unpleasant when you're pregnant.
Alcohol and caffeine
When you’re pregnant, it’s best to stop drinking alcohol altogether. But if you do drink, have no more than 1 or 2 units of alcohol, once or twice a week and don’t get drunk. A unit is half a pint of standard strength beer, lager or cider, or a pub measure of spirit. A glass of wine is about 2 units and alcopops are about 1.5 units. You should limit the amount of caffeine you have each day, but you don't need to cut it out completely. Caffeine occurs naturally in a range of foods, such as coffee, tea and chocolate, and it's also added to some soft drinks and 'energy' drinks. It's important not to have too much caffeine. This is because high levels of caffeine can result in babies having a low birth weight, which can increase the risk of health problems in later life. High levels of caffeine might also cause miscarriage. It's best not to have more than 200mg of caffeine a day when you're pregnant. The amount of caffeine in food and drink will vary, but as a guide each of these contain roughly 200mg or less of caffeine:
So if you eat a bar of plain chocolate and drink one mug of filter coffee in a day, or if you drink two mugs of tea and a can of cola, you'll have almost reached 200mg. But don’t worry if you occasionally have more than this, because the risks are likely to be very small. Remember that caffeine is also found in certain cold and flu remedies, so always check with your GP or another health professional before taking any of these.
Should I avoid peanuts?

It isn’t clear from the latest science if eating peanuts (or not eating them) when you’re pregnant affects the chances of your baby developing a peanut allergy. So if you would like to eat peanuts or foods containing peanuts (such as peanut butter) when you’re pregnant, you can choose to do so, unless you’re allergic to them yourself. You may have heard that some women have chosen not to eat peanuts when they are pregnant or breastfeeding. This is because the Government used to advise women that they may wish to avoid eating peanuts at these times if there is a history of allergy in their child’s immediate family, such as asthma, eczema, hayfever, food allergy or other types of allergy. This was in case a woman eating peanuts when pregnant or breastfeeding increased the chance of her baby developing a peanut allergy. But this advice was changed in August 2009 because it isn’t clear from the latest research if eating peanuts at these times affects the chances of your baby developing a peanut allergy.
Gardening and changing cat litter
Always wear gloves when you're gardening or changing cat litter, and wash your hands afterwards. This is to avoid toxoplasmosis, an infection caused by a parasite found in meat, cat faeces and soil. The infection can be harmful to unborn babies.
Foods you don't need to avoid
It can be confusing trying to work out which foods you can eat and which foods you should avoid when you're pregnant. You might find it helpful to look at this list of some of the foods you don't need to avoid:Shellfish, including prawns - as long as they are part of a hot meal and have been properly cooked Live or bio yoghurt Probiotic drinksFromage frais Creme fraiche Soured cream Spicy food Mayonnaise, ice cream, salad dressing - as long as they haven't been made using raw egg. Generally, mayonnaise, ice cream and salad dressing you buy in shops will have been made with pasteurised egg, which means it's safe to eat. But it's better to avoid home-made versions if they contain raw egg. If you're not sure about any of these foods when you're eating out, ask staff for more information Honey - it's fine for pregnant women but honey isn't suitable for babies under a year old Many types of cheese including: Hard cheese, such as Cheddar and Parmesan Feta Ricotta Mascarpone Cream cheese Mozzarella Cottage cheese Processed cheese, such as cheese spreads
Weight gain
Different women gain different amounts of weight, but this shouldn't be more than 10-12 kilograms or 22-28 pounds over the whole of the pregnancy. If you gain too much weight this can affect your health and increase your blood pressure. But equally, it's important that you don't try to diet when you're pregnant. If you're concerned about your weight talk to your Doctor.
Warning: The reader of this article should exercise all precautionary measures while following instructions on the home remedies from this article. Avoid using any of these products if you are allergic to it. The responsibility lies with the reader and not with the site or the writer.
The service is provided as general information only, and should not be treated as a substitute for the medical advice of your own doctor.
Posted by Vivekananda Homeopathy Clinic & Psychological Counseling Center at 6:34 AM