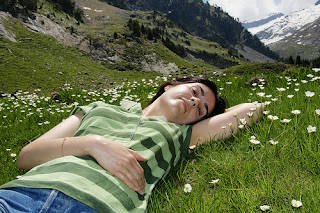 Did you sleep well last night?
If not, then the chances are that today you're feeling jaded and not as productive as usual. Studies have found a relationship between the quantity and quality of sleep and health problems, such as the risk of diabetes, high blood pressure, heart disease and depression. Lack of sleep is also believed to suppress the immune system, leaving you vulnerable to infections.
Although seven hours is usually cited as the amount of sleep we need, there is no magic number. We tend to need slightly less sleep as we age, but sleep needs are also individual. You may function best on seven hours a night, while someone else may need nine or as few as four hours to lead a happy, productive life.
What to try...
Drinking a glass of warm milk before bed will help you to sleep better - it's not just an old wives' tale. Dairy products are rich in the amino acid tryptophan, as well as calcium, both of which boost the levels of sleep-inducing substances serotonin and melatonin. 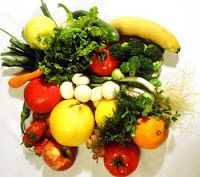 Eating a carbohydrate-rich snack, like a slice of toast or a bowl of cereal, an hour or so before going to bed stimulates the release of insulin. This helps to clear amino acids that compete with tryptophan from the bloodstream, allowing more of this sleep-inducing amino acid to enter the brain.
Herbal teas, such as camomile, lime blossom, orange blossom and valerian, have a sedative effect.
Foods that aid sleep include yogurt, milk, cheese, oats, bananas, poultry, eggs, peanuts and tuna - all contain good amounts of tryptophan.
Try a relaxing routine before bed, like a warm bath or some gentle yoga or stretching. Establish a regular bedtime and waking-up schedule as this helps set your body clock to these times.
Some research links low calcium intake with sleep problems. Dairy products are the best source of calcium and if you don't eat at least three servings of dairy products a day, you may be lacking in it, so it could be worth taking a calcium supplement.
If you suffer from Restless Legs Syndrome, a constant urge to move the legs, often accompanied by a tingling sensation you may be short of iron, according to scientists from the Sleep Disorder Unit at the New England Medical Center.
Make sure your bedroom is neither too hot or cold. A dab of lavender oilon your pillow aids relaxation, too.
What to avoid
Say no to an after-dinner espresso or late-night cuppa. The stimulant effect of caffeine reaches its peak one to four hours after it's consumed, but some people can feel its effects up to 12 hours later. Some over-the-counter cold and headache remedies are also high in caffeine.
A large late evening meal interferes with sleep by causing the stomach to produce acid, resulting in heartburn and indigestion. Try to eat at least three hours before going to bed.
Exercise produces stimulants that stop the brain from relaxing quickly so it's better to exercise earlier in the day. 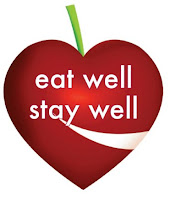 Exercise produces stimulants that stop the brain from relaxing quickly so it's better to exercise earlier in the day, if possible. Generally, regular exercise can help promote better sleep.
Don't take supplements just before bed. Some B vitamins can make it more difficult for you to drop off.
Eating a high-protein meal without carbs may keep you awake - protein-rich foods contain the amino acid tyrosine, which perks up the brain.
Although a couple of drinks may help you to drift off to sleep, too much alcohol causes blood sugar levels to drop, so you may wake up in the middle of the night.
Nicotine is a stimulant, so smokers take longer to fall asleep and are more likely to suffer sleep problems.
Posted by Vivekananda Homeopathy Clinic & Psychological Counseling Center at 6:10 AM