When you visit your favourite chinese restaurant, you may have seen the following sign prominently displayed. 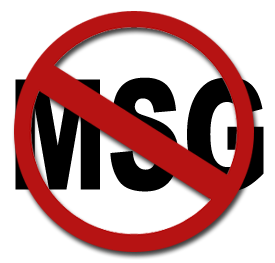 "NO ADDED MSG"
Ever wondered what the hullabaloo was all about? 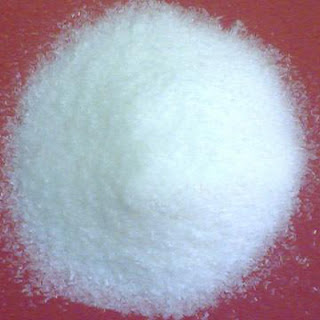 Mono Sodium Glutamate is a sodium salt of glutamate. Glutamate is found in milk, meat, fish, mushroom, tomato and even produced by our own bodies. MSG was found to increase the taste of food and was patented by Ajinomoto Corporation of Japan. Hence the common name, Ajinomoto.

I bet you can name the four basic tastes -  sweet, sour, bitter and salty. Would you be surprised if you are told that there is a fifth taste? Umami is the so called fifth taste.  Forecast as one of the leading food trends of 2010, it has been described as a savory or meaty taste.
MSG is a flavour enhancer and adds to the Umami-ness of food. Its commonly added to Chinese food.

HOW IS MSG PREPARED?
MSG is obtained by the fermentation of  starch or sugar cane.

CHINESE RESTAURANT SYNDROME?
Few people  have reporting sensitivity to MSG. Soon after a Chinese meal, they experienced the following :
•Headache 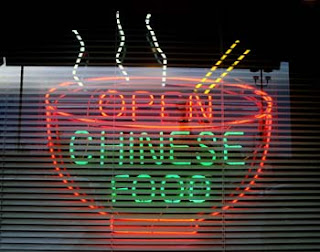 •Warmth
•Sweating
•Numbness, tingling or burning in face and neck
•Rapid heartbeats
•Chest pain
•Vomiting  sensation
•Weakness
However  scientific studies in the same people who thought they were sensitive failed to demonstrate any side effects after they were given food flavoured with MSG.
It is theorised that allergy to other ingredients such as prawns, spices and herbs may have been responsible for the symptoms.

POTENTIAL CONCERNS?
A 2008 study suggested link between MSG and obesity but it was refuted by another study done in 2010.
If you are prone to asthma or wheezing attacks, you may want to avoid MSG.

ANY HEALTH BENEFITS?
Common salt contains sodium. Sodium should be restricted in people who have high blood pressure, heart failure, liver and kidney diseases. MSG contains only 1/3rd sodium of common salt . It can help to reduce the total sodium in a recipe without losing flavour.

IS IT SAFE IN KIDS? 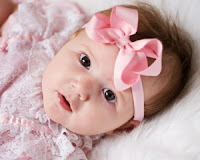 In studies with baby rats, High levels of Glutamate (more than 10 times the allowed amount) caused brain damage and blindness. An important concern is the potential harm in infants whose blood brain barrier is not fully developed. (If someone is giving Szechuan fried rice and  Kung Pao Chicken to his newborn, one can safely concede that he has to get his brain examined) MSG is safe for children. In fact Breast milk too contains glutamate.

SUMMING UP
Scientific studies so far have concluded that MSG is safe. However you may want to avoid it
1) If you have demonstrated symptoms after a meal flavoured with MSG
2) If you are prone to asthma attacks.
So friends, enjoy your chinese takeout without worrying too much. Bon appetit or as the chinese might say Qǐng xiǎngyòng.
thanks to mayoclinic
Posted by Vivekananda Homeopathy Clinic & Psychological Counseling Center at 12:20 AM