5 Reasons Sex is Good For You 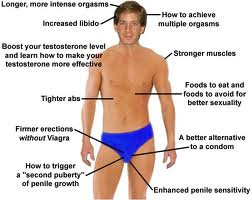 5 Reasons Sex is Good For You
Better sleep. A sexier physique. Stronger immunity. Sound like the effects of the latest wonder drug? Nope, it's just the many physical benefits of having a satisfying sexual relationship.
And all this time you were just making love because it was fun! If you're looking for more reasons to get romantic, consider the following:

1) You're getting a good workout. Would you rather run 75 miles or have sex three times a week for one year? While both burn the same number of calories (about 7,500), one is decidedly more pleasurable than the other. Regular sex - which burns approximately 150 calories in a half-hour -- is regular exercise. You'll have all the same benefits of spending that time in the gym, including improved circulation, lower cholesterol and the release of feel-good endorphins. 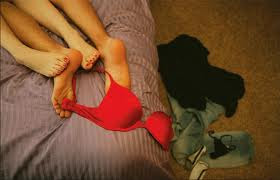 2) You won't get sick. According to research by Dr. Carl Charnetski, professor of psychology at Wilkes University in Wilkes-Barre, Pa and co-author of Feeling Good is Good For You, people who reported one or two sexual episodes per week enjoyed higher levels of Immunoglobin A, the antibody that helps fend of illness.

3) You'll feel happier. In addition to the obvious boost in satisfaction, feeling secure in your relationship leads to a greater sense of well-being. Women in particular may see even more benefits. Researchers at the State University of New York at Albany found that women who regularly came into contact with semen were significantly less depressed than those who didn't get a dose of those potent sex hormones and naturally occurring opiates.

4) You'll reduce stress. People who get it on regularly report that they handle stress better. The release of climax will get even the most anxious lover totally relaxed, and you know you'll sleep better.

5) You'll live longer (and look younger!). A British study of 1,000 men found that those who had at least two orgasms per week had half the death rate of those who indulged less than once a month. Sex can make you look younger, too, according to neuropsychologist David Weeks, who found that men and women who reported having sex an average of four times per week looked approximately 10 years younger than they really were.

Posted by Vivekananda Homeopathy Clinic & Psychological Counseling Center at 6:38 AM